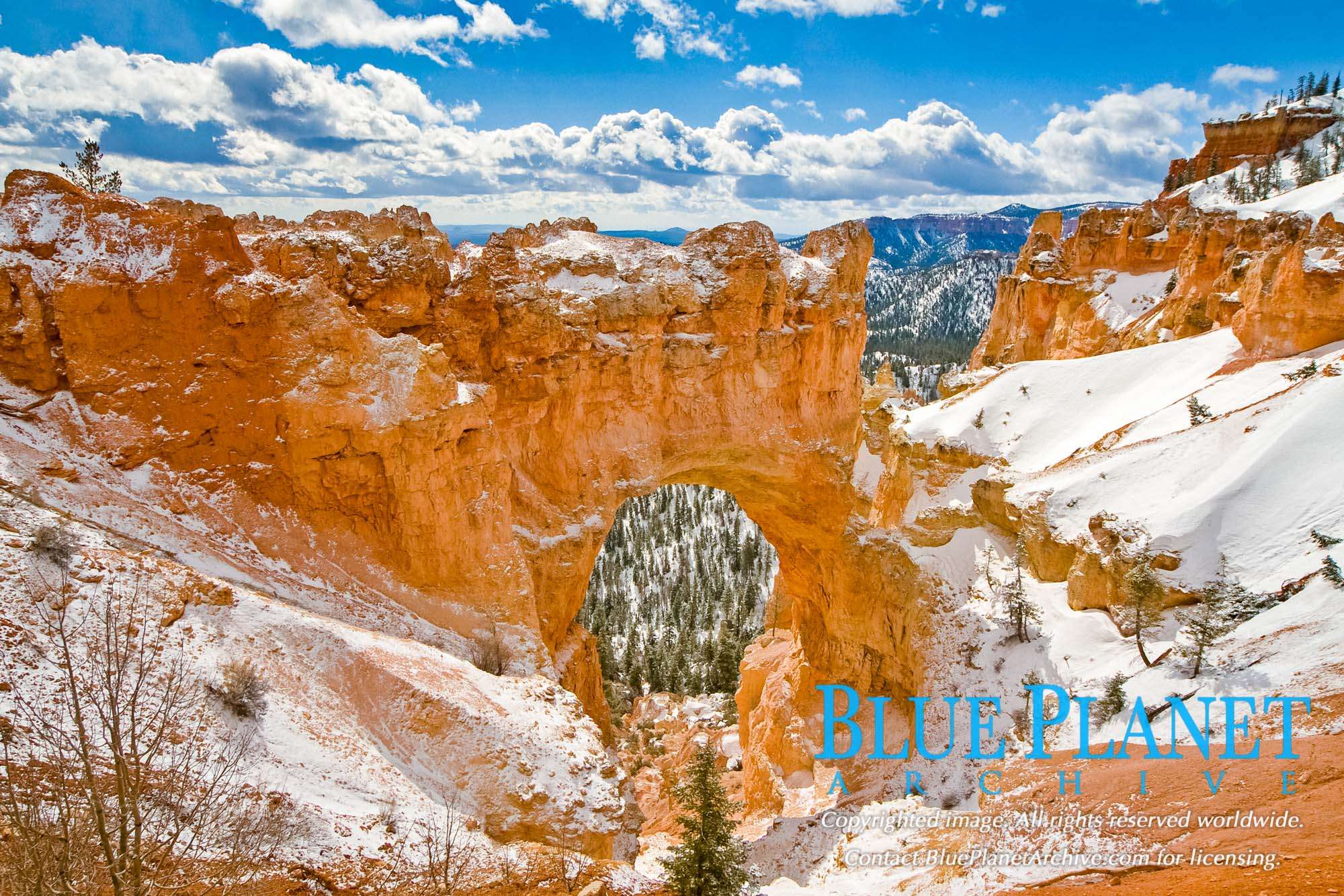 I had been wanting to photograph Bryce Canyon National Park with snow, specifically the spectacular site called Natural Bridge; a natural rock arch about 11.5 miles from the visitors center. I really wanted a dynamic photo of the red rocks with the contrast of white snow. It is a high desert park located at 8,000-9,000 feet above sea level. The park is open year round, but the section of the road leading to the Natural Bridge is closed in the Winter. The Park Service re-opens the road in the Spring but the dates might vary depending on the amount of snowfall in the winter. By April it is usually open.

We paid close attention to weather reports for a slim chance. A Spring snowstorm was predicted for Utah in the first week of April. It was a gamble, but my wife and I, with all gears in hand, ventured in on our 4 WD truck from Colorado to Bryce Canyon, hoping to see some beautiful snow on the red rocks. After a night in the lodge, we awoke early to about 3 – 4 inches of fresh snow which had fallen during the night. We left for the arch just after dawn. The road was open. In the fresh snow, our 4WD truck made the first tire tracks driving to the arch. With greater luck, the sun came out illuminating the Natural Bridge in magnificent light. I set up my tripod, cable release and bracketed exposures mostly at f11 and f16. ISO was set to 100. Lens was 11mm-18mm. The snow quickly melted off of the arch, but I got the image I had been seeking for several years.