One And Only – A Rare White King Penguin Chick 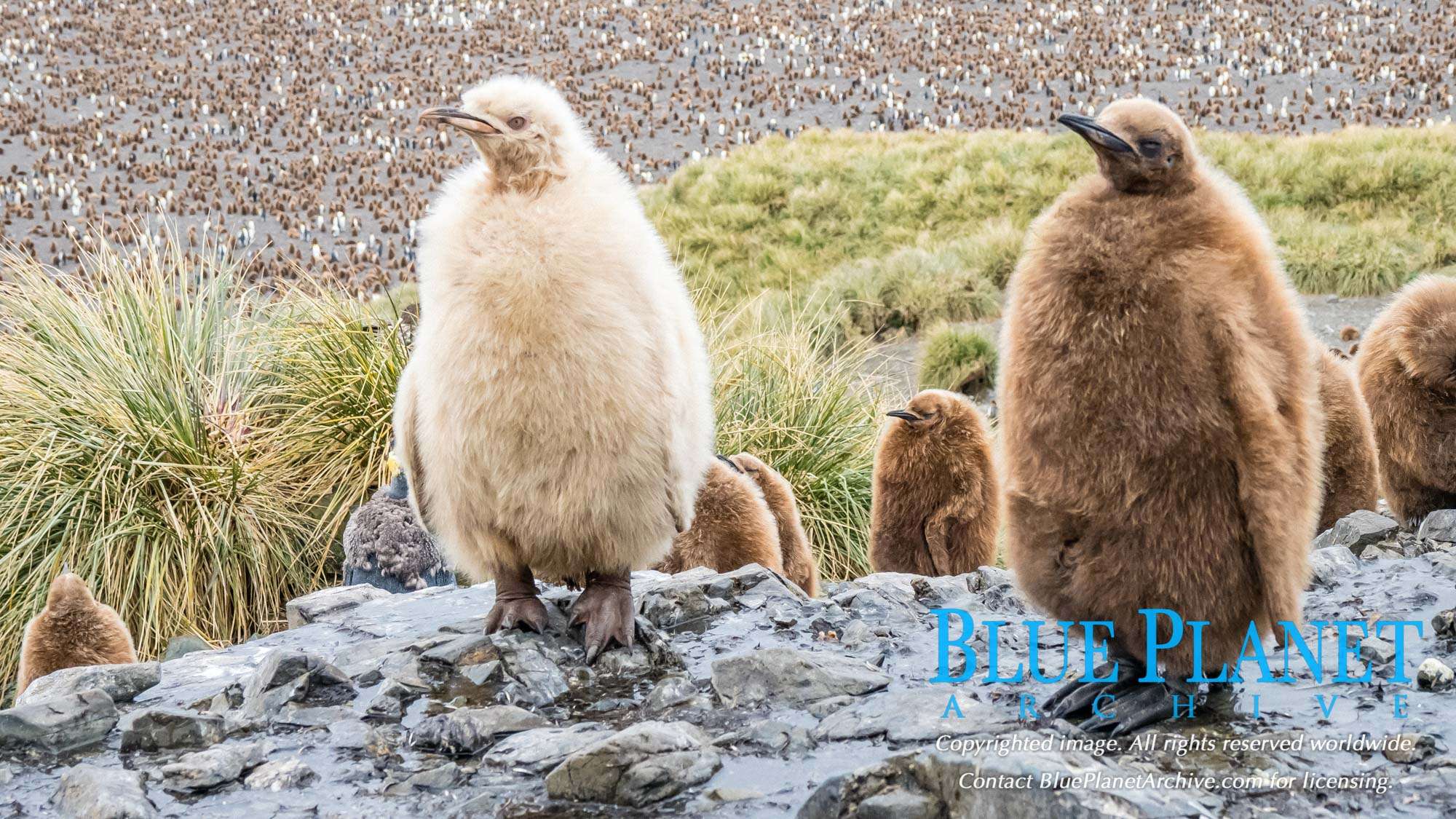 A rare leucistic chick was spotted and photographed among a breeding colony of 200,000 king penguins, Aptenodytes , on Salisbury Plain, Bay of Isles, South Georgia. South Georgia is a remote, cold island in South Atlantic Ocean that is a British Overseas Territory, and known for its high level of biodiversity among all the ecosystems on Earth.

The photographer Michael S. Nolan said the chick was around 11 months old, being fed by a normally colored mom or dad. Leucistic animals are those which have loss of certain pigmentation, usually multiple colors. They are different from albino animals which have no pigmentation or coloration at and typically characterized by their distinctive red eyes. According to him, the leucistic king penguin chick was extremely rare, and most definitely, was the one and only among 200K penguins!